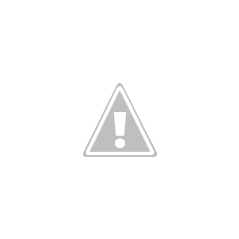 Introduction
BattleAsya is a simple, welcoming and friendly offline-mode Minecraft community network originated in the Philippines. We provide quality services within Southeast Asia and, at the same time, we offer a wide variety of popular and interesting game-modes, ranging from the competitive mini-games, such as SkyWars, EggWars, and soup KitPvP, to the survival classics like Faction Survival and Skyblock Survival. We welcome rule-abiding players of all ages to join our amazing community, regardless of their cultural and religious beliefs! And here we are, to sincerely invite you to begin an exclusive journey in BattleAsya, to explore this wonderful place in which different cultures harmoniously merged......and by that you would thoroughly enjoy your time with us.

Survival Faction
The Survival Faction in BattleAsya is a towny-like survival game-mode, peaceful it might seem to be, but, with the partial integration of the faction mechanism: just a little fighting, no destruction No Griefing, Overclaiming, Explosion, it adds a little bit more competitive elements into the survival classics. You would generally survive with others in a massive faction, featuring more community involvement as a whole.

Skyblock Survival
Skyblock is a type of hardcore survival that is challenge orientated. You will spawn on an island in the sky with very limited, but adequate resources. Construct your great realm of the sky by expanding your island, gathering resources and increasing manpower. Every block you have placed will have a minimal to a tremendous impact on your island levels.

SkyWars
Skywars is a popular Minecraft minigame with a simple premise: fight until one player or team is left alive. The catch is that you will begin on a tiny island, and Its totally up to you to build bridges to attack other players, or walls to defend yourself.

EggWars
The concept of the game is to defend your egg and destroy other teams eggs. If you have destroyed another teams egg, then they will not respawn. To win, you need to be the last team surviving, with the help of the generators.

Soup KitPvP
Soup KitPvP is the best way to improve your pvp skills. Get as many victories as you can to get your stats up. You can also earn coins just by killing to purchase new kits. There are 20+ unlockable kits and a 1vs1 arena purely made for practising. Players who are new to this game-mode might struggle at first but eventually, they will get the hang of it.

How can you join  BattleAsya  Minecraft Server?

You can join the BattleAsya Minecraft server by copying the IP address below.

Then, navigate to your Minecraft Launcher, and from the title screen click Multiplayer > Direct Connect. Paste in the server IP and hit "Join Server"!

No, the BattleAsya Minecraft Server does not support Votifier. However, you can still show your support by voting for them. It will help show their server to more people!

How often can we vote for  BattleAsya?

You can vote for BattleAsya once per day. Only one vote for the entire site per day is accepted!

Where is the  BattleAsya  Server located?

The BattleAsya Minecraft Server is located in Philippines

What Minecraft versions does BattleAsya support?

By using our site you agree to our Cookie Policy which we use to provide and improve our services.
I Agree